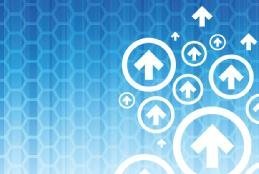 The downside, Carlsson added, is that many organizations "are only just beginning to crack the code on how to unleash this potential." Often, that isn't due to a lack of internal data science skills, he said in a June 2018 blog; it's because companies treat data science as "an artisanal craft" instead of a well-coordinated process that involves analytics teams, IT and business units.

Of course, possessing the right data science skills is a predicate to making such processes work. The list of skills that LinkedIn's analytics and data science team wants in job candidates includes the ability to manipulate data, design experiments with it and build statistical and machine learning models, according to Michael Li, who heads the team.

But softer skills are equally important, Li said in an April 2018 blog. He cited communication, project management, critical thinking and problem-solving skills as key attributes. Being able to influence decision-makers is also an important part of "the art of being a data scientist," he wrote.

The problem is that such skills requirements are often "completely out of reach for a single person," Miriam Friedel wrote in a September 2017 blog when she was director and senior scientist at consulting services provider Elder Research. Friedel, who has since moved on to software vendor Metis Machine as data science director, suggested in the blog that instead of looking for the proverbial individual unicorn, companies should build "a team unicorn."

This handbook more closely examines that team-building approach as well as critical data science skills for the big data and AI era.

Technical skills are a must for data scientists. But to make analytics teams successful, they also need to think creatively, work in harmony and be good communicators.

Data science and business analyst roles differ in that data scientists must deep dive into data and come up with unique business solutions -- but the distinctions don't end there.

Hiring vs. training data scientists: The case for each approach

Hiring data scientists is easier said than done -- so should you try to train current employees in data science skills? That depends on your company's needs, writes one analytics expert.